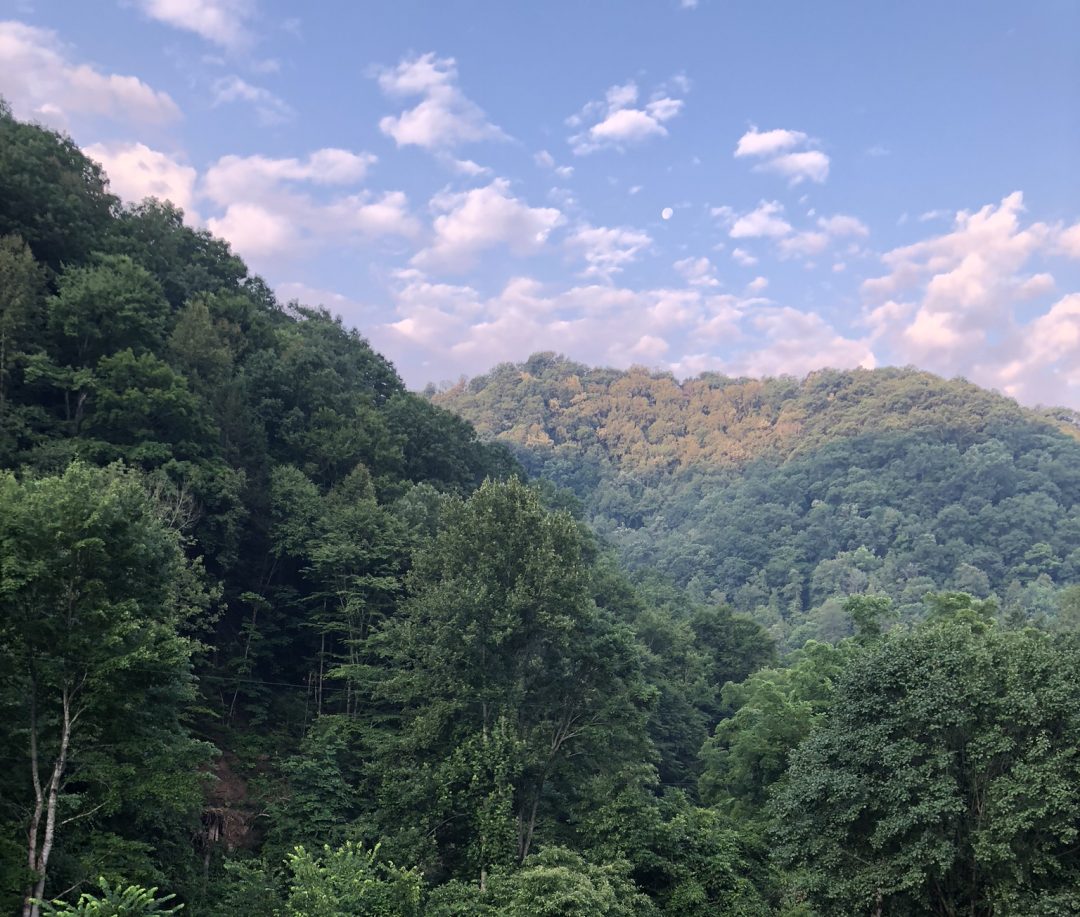 I hired her to distract my enemy. Now I’m determined to have her for my own.
I’m Maxon Reed—real estate mogul, shark, asshole. If a deal isn’t high profile and big money, I pass. Now that I’ve found the property of a lifetime, I’m jumping. But one tenacious bastard stands between me and success—my brother. I’ll need one hell of a devious ploy to distract cynical Griff. Then fate drops a luscious redhead in my lap who’s just his type.
Sassy Keeley Kent accepts my challenge to learn how to become Griff’s perfect girlfriend. But somewhere between the makeover and the witty conversation, I’m having trouble resisting her. The quirky dreamer is everything I usually don’t tolerate. But she’s beyond charming. I more than want her; I’m desperate to own her. I’m not even sure how drastic I’m willing to get to make her mine—but I’m about to find out. 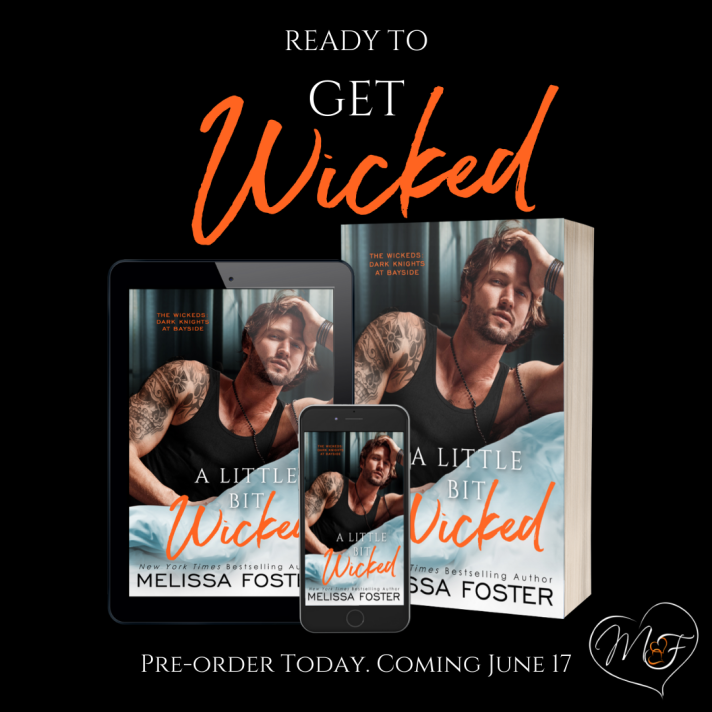 Joelle is a former cop who now works for her brothers as a P.I. She made some mistakes in the past, and she’s a little gun shy. She loves working kidnapped cases and does the occasional bail jump cases. She goes after one bail jumper who’s accused of car theft. Dean is a workaholic and decides to take a small vacation and relax. But as he’s leaving, a woman, Jo, arrests him and takes him back to California. He tries to explain that it is a case of mistaken identity but Jo will hear none of it. As they travel back to San Francisco, Jo realizes that Dean is nothing like the normal fugitives she goes after. Can Dean clear his name and get past the walls Jo has built around her heart?

A gorgeous bounty hunter. An irresistible bad boy. All bets are off.

Joelle Sommers is very good at her job as a PI and bail recovery agent, but she’s definitely out of her element when she arrests sexy businessman Dean Colter in a case of mistaken identity. Because unlike her usual fugitives, Dean is cooperative, accommodating, and hot as sin . . . and not at all guilty as charged.  But this bad boy isn’t so innocent either, and she finds it increasingly hard to resist his seductive charm, and their mutual attraction.

After years of working himself to the point of having no life outside the office, Dean Colter is in the mood for an adventure. But being kidnapped by a gorgeous bounty hunter—one he discovers is into bondage, to boot—isn’t exactly what he had in mind. Still, it doesn’t take long for him to realize that being a willing captive has its advantages.

Jo might be the one with the handcuffs, but Dean’s about to discover the key to unleashing the passionate, uninhibited woman beneath the tough, stubborn facade.  And when he does, all bets are off.

400;”>her bed, his head propped up by his hand, unrestrained and completely in control.

He stared at her in return, the dark stubble lining his lean jaw intensifying the green hue of his eyes. “Good morning, sweetheart,” he drawled in greeting.

She barely heard his words…not when her mind filled immediately with alarm that he’d managed to escape somehow. Then pure, undiluted panic registered when she yanked on her hand again and realized she was the one secured to the headboard of the bed, putting her at his mercy. Adding to her internal chaos was the knowledge that her keys and revolver were on the nightstand between them…far, far out of reaching distance.

Her heart beat so hard she feared it would explode from her chest. She had no idea how she’d gotten in this predicament, couldn’t remember anything at all to give her a clue as to why she was the one shackled to Dean’s bedpost, or how the authority had shifted in Dean’s favor.

No matter the hows or whys, she refused to be a victim. She scrambled to a sitting position, preferring to be defensive instead of defenseless. Narrowing her gaze on him, she jutted her chin out. “How did you manage this clever trick?” she asked, opting for a sharp, snide tone to drown out the fear churning in her belly.

He had the audacity to wink at her. “I’ve always heard a magician never reveals his secrets.”

“You’re a felon, not a magician,” she snapped irritably, hating that this man had somehow, some way, duped her.

He feigned a wince at her well-placed barb, which did nothing to hide the humor dancing in the depth of his eyes. “Come on, Jo,” he said, cajoling her with his rich voice and sexy smile. “If I was really a felon on the run,fearful of standing trial back in San Francisco, I would have been long gone by now, leaving you to your own devices and letting the motel maid find you shackled to the bed. And if I was some kind of malicious criminal, I would have taken advantage of you hours ago.”

Her heart rate slowed as she mulled over his comment, knowing instinctively that what he said was true—no real convict would have wasted such a prime opportunity to flee. Knowing, too, that his behavior since she’d captured him and the evidence she’d discovered in his wallet all lent undeniable credibility to his innocence. Now she was forced to trust him, his story, and her own intuition.

Believing him came much easier this morning than it had last night, not that she was going to admit that out loud and give him any more leverage than he’d already managed to gain.

Calmer now, she wanted, needed, an explanation. “Could you tell me how I ended up cuffed to your bed?” she asked, then followed that up with a polite, “please?”

Erika Wilde is a New York Times Bestselling author. She is best known for her super sexy Marriage Diaries series and The Players Club series, and has also co-written the Dirty Sexy Series and the Book Boyfriend Series with Carly Phillips, her best friend and writing buddy for the past twenty years. She lives in Oregon with her husband and two daughters, and when she’s not writing you can find her exploring the beautiful Pacific Northwest. For more information on her upcoming releases, please visit her website at http://www.erikawilde.com and sign up for her mailing list for updates and news!

Cressida is an underwater archeologist and is in Turkey working on a project. She is really searching for an underground tunnel that is over two hundred years old. The only problem is she gets caught up in a CIA operation. Ian is former Delta and now is a recruiter for the CIA. He is undercover and is following a microchip that he believes Cressida has. Ian needs that information on that chip and will lie to get it. Cressida is kidnapped, shot at, almost blown up, bounced miles on the back of a motorcycle, and pushed out of a helicopter. Then Ian is reported to be a traitor to the United States. It’s up to Ian and Cressida to clear his name and get back to the U.S.

This might not make a bit of sense but I didn’t want to give anything away. Non stop action, traitors, sex, and a roller coaster of a ride. I loved it. Interesting and fast paced that’ll have you reading late into the night.

Eighteen romance authors teamed up to give you the escape you need even when their characters can’t escape each other.

Together with Love, a collection of bonus scenes from some of your favorite authors is FREE for a limited time!

Ever wonder what your favorite characters would do in various lockdown situations? From being stuck on an island, snowed in, sheltering from a tornado, or even locked in a wine cellar—you know whatever they’re going through, they’ll do it together!

These can be enjoyed without reading the original stories or after. We hope you enjoy these exclusive bonus scenes visiting old characters or meeting new ones!

**This FREE collection is up for a limited time only, so make sure to grab it today!**

She’s the One, a sexy, opposites attract romance from New York Times bestselling author Erin Nicholas, is FREE for a limited time only!

Sometimes you see love clearly. And sometimes it has to smack you in the face.

When a stranger walks up and punches him in a bar, Ryan Kaye assumes there’s a good reason. And a one-night stand with his best friend’s older sister, Professor Amanda Dixon, is a really good reason.

Except that it never happened.

She says she’s sorry for the lie, but he doesn’t want an apology… He wants the night.

The last thing Amanda needs is to add to her long list of commitments. But when tempted with the chance to fulfill a few fantasies with the hot paramedic she’s had dirty dreams about forever, she can’t resist.

One night is surely enough time for a renowned playboy like Ryan to teach her a few fun things. Thank goodness it isn’t enough time to fall in love… 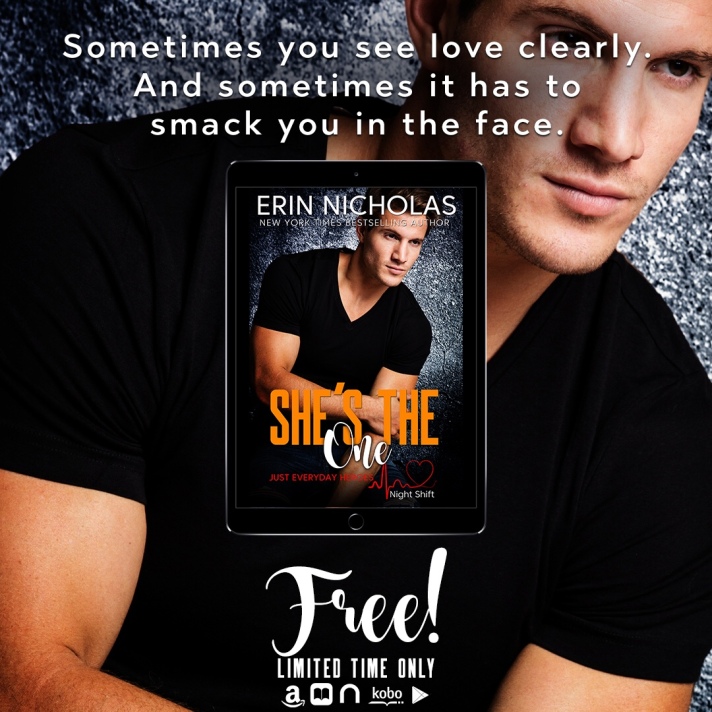 Fiona had a hard life, she lived at GodsAcre, a cult, and was raised with the Trask brothers. When she was fifteen or sixteen, she was supposed to marry an older, crazy man but one of the brothers got her out and sent her to her aunt. She lives alone and is more hermit than anything but she returns home from a conference and finds her cousin dead, a cousin that looks like her. She heads for the only person that she thinks can help her, Anton Trask. Anton is a successful DJ and has several nightclubs and lived at GodsAcres with his brothers. Fiona tells him her story but he doesn’t believe her because the man she’s accusing of killing her cousin is dead. Kimball was a sadistic man and it brought him pleasure to see people in pain but he died years ago in a fire at GodsAcres. She takes off and gets taken. Anton rescues her and they head to Shaw’s Crossing to meet up with his brother. They believe all the problems his brother has, it connected to Fiona’s troubles. Can they figure out who’s after Fiona before it’s too late?

Plenty of action and sex. Was not fond of Fiona, I know she had a rough childhood but she was a *itch to Anton. This is the third in the series and a great story. I am a big fan of Ms. McKenna and although some parts are over my head ( 😂 ) I was recommend this book.

* Voluntarily read and reviewed this for BookFunnel and the author *

Whispers from the Mountains
Powered by WordPress.com.